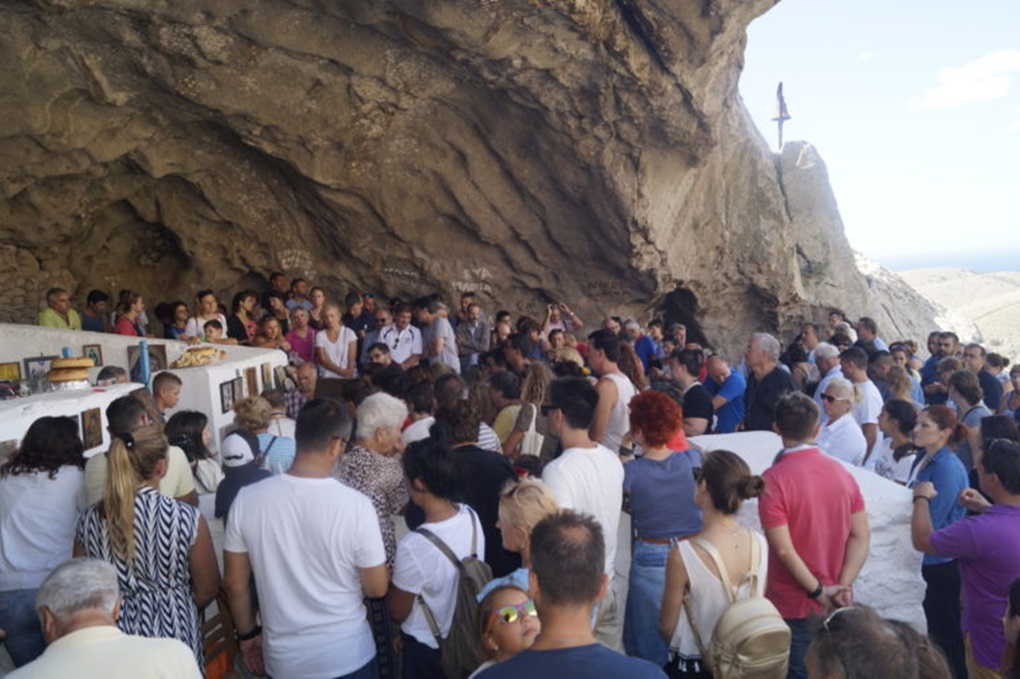 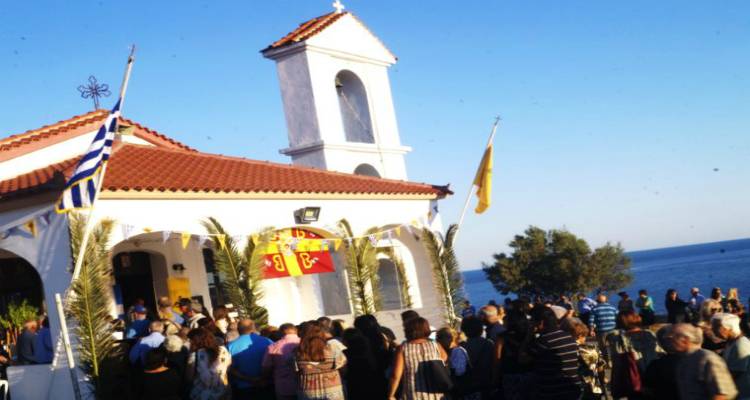 The people of Lemnos organize on the Easter Friday in Kotsina a traditional animal fair and a big festival in the church of Zoodochos Pigi with the holy water, they revive the ”pig market” in Romanou, the traditional purchase of pigs as has been taking place for centuries at the festival in memory of St.Constantine on May 21.

On June 23, the eve of the feast of Ai Giannis, is celebrated in Lemnos a custom known as kakanoures. It is one of the most famous festivals in  the whole Aegean. After the inhabitants gather in the open or in the squres of the villages, they light fires from straws and wreaths they have made since May Day and jump over them three times- a symbolic number for Christians.Young men and women even with babies in their parent’s arms will walk three times, as the custom states, the flaming string of reeds, vines and thistles, for cleansing and a new beginning.According to tradition, fire brings purification and people are freed from evil.

In July every year since 2017, the festival takes place of Gastronomy and WIne ”Lemnos Philema” from the Association of Gastronomy &Wine of Lemnos, with many well-known guests, highlighting the local gastronomy of Lemnos in an interactive and authentic way,with hospitality and kissing.Lemnos Philema aims to present holistically the gastronomy of Lemnos creating a gastronomic community with producers and reastaurants of the island. 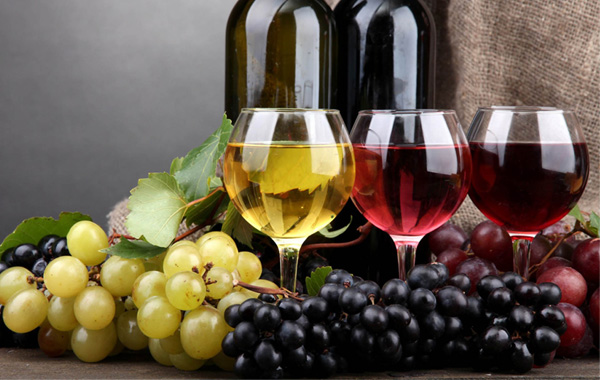 The predominantly viticultural village of Lemnos, Agios Dimitrios, hosts every summer an island spree for god Dionysos, not at all folklore and ”tourist” as such celebrations usually sound, but a genuine folk experience of wine  and taste patriotism.On the first Saturday after the 15th of August, more than thousand people will pass by the courtyard of the primary school of the village to taste for free the whole range of wines of Lemnos, dry and sweet, white, rosé and red, which offers free and generous to visitors the Cultural Association of Agios Dimitrios. 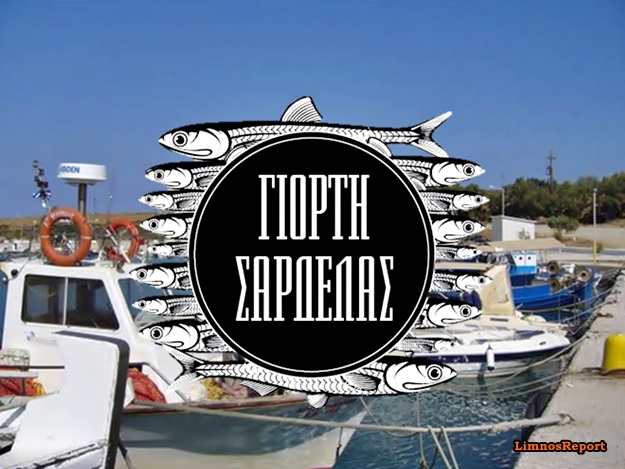 The fish that is caught in the fishing grounds of the island, an exquisite meze of the lake tsipouro and ouzo, has its honorary in August. The Municipality of Lemnos organizes every year the Feast of Sardine and in a deifferent location of the island, which will lead you sometimes to the fishing port of Plaka, to the northeastern tip of the island, sometimes to the church of the Savior on the eve of the feast of August 6th and sometimes to the church of Agios Sozon in Fisini for the feast of sardines, combined with the festival thanks to the patron saint of Lemnos, September 6. Taste fresh Aegean sardines, cooked on the spot and accompanied by wine, as the organists stir the people to dance until the morning, with bouzouki, guitars, accordion or the traditional santouri.

Come to Moudros to go around the island with a glass of raki. This thematic celebration has been organized for five years with great success by the Cultural Associaton of Moudros under the auspices of the Municipality of Lemnos, somewhere between Octomber and December, depending on the production of lacquers. 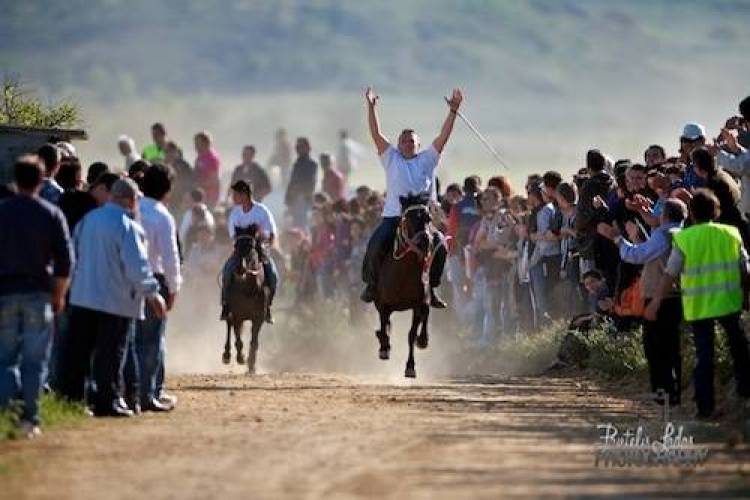 The villagers of Kalliopi every year on 23th of April in the feast of Agios Georgios, they celebrate with horse races equal in spectacle and action to those of Siena.The ancient event, one of the most spectacular customs on the island, has its roots in the years of Ottoman rule.According to tradition, while the Turks were celebrating their Ramadan and were gathered in the mosque in Agios Ypatios, residents of Kalliopi went and stole their horses. Because they had nowhere to hide, they were prevented from running in groups to the nearby beach of Keros.Thus, horse racing was established around 1860.However, because the Turks did not like the equestrian competitions 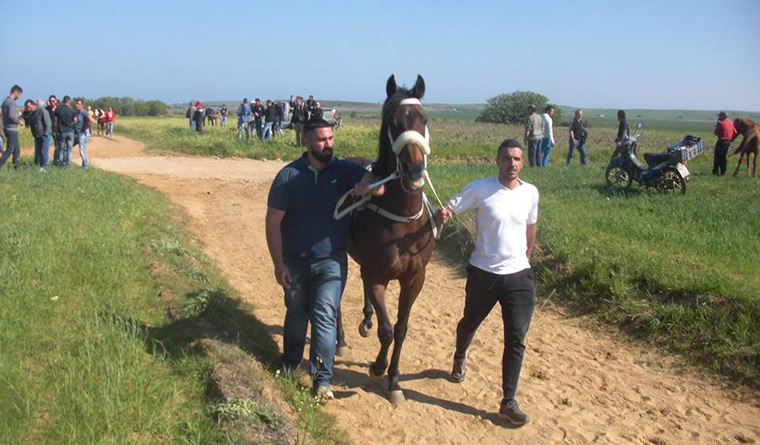 at first, as they say, Ai-Giorgis would come in their dreams when they fall asleep and beat them, as a result of which they would respect the custom of the Christians and also take part in the competiotions in honor of Ai-Giorgis.( Agios Georgios).Greek and Turkish riders descended in the races of April 23, on the day of the Saint’s grace, in different groups.The equestrian competitions of Kalliopi continue uninterruptedly from the middle of the 19th until today, with a short break of only two years in the war of the 1940s, because there were no young people in the village to fight. Nowadays, the inhabitants of Kalliopi and other neighboring villages, breed and train horses exclusively to take part in horse racing.The riders rise on horses without saddles, covering the distance of three kilometers from Agriones to the central square of the village.The first three winers riding on their horses, climb the stone carved entrance of the church of Agios Georgios of the 19th century, trophy bearers with a red handkerchief around their necks and are awardd by the priest to the applause and cheers of the pilgrims. The priest of Agios Georgios will cross the horse and give the rider as a prize a medal with a red ribbon while in the past a lamb with a red handkerchief tied around its neck.After the award in the courtyard of the church begins the feast with traditional spaces, food and wine organized by the Cultural Association ”Agios Georgios” Keros.